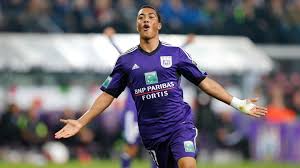 2016 is a promising year for soccer, since many teams have a number of young players who are just 21 years or under. These young stars will be a force to be reckoned with, in a few years to come.