Is Messi the Greatest Footballer Ever?

Several articles have been written about why Messi might be the greatest footballer of all. Comparisons between him, Maradona and Pele have been made for years now. Each time, people can only come to one conclusion.

For this era, Messi is truly the best footballer amongst the lot. Of course, Ronaldo fans might beg to differ given the goals and assists that he has racked up. But when it comes to the sheer number of records that Messi has broken in La Liga, one can’t help but think of him as the G.O.A.T. 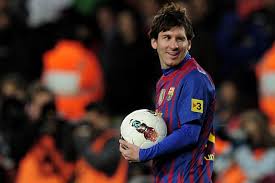 Of course, if he wants to be considered the best player of all time, then a World Cup win is definitely necessary. That’s what the pundits and older players believe will cement his place in history as one of the best if not the best of all time.

Ronaldo will fail in that department given the paltry Portugal squad that he plays with compared to Messi’s Argentina. It’s unfortunate but that’s just the cards he’s been dealt even though playing for the mighty Madrid definitely works to his benefit.

In my opinion, we live in different times though. Football has changed since 1992. It’s gotten more competitive and technical since then. The margin for error is also so much lesser than you can imagine.

Pele and Maradona might be great but playing in Europe, where football is at its most difficult, neither of them really made as much of an impact as Messi has done with a power club like Barcelona.

Maradona might have had that chance but made a name for himself with Napoli. The Brazilian Ronaldo too.

And given the trends that have changed football for the better, club football definitely takes precedence over national football. Winning trophies year after year tells you more about a player than winning it once every four years.

Yet we all can’t help but want Messi to be the greatest player of all time. Just one World Cup should do.