Why Liverpool is the Greatest English Club Ever

Anfield has been the home to the Kop since 1892. Yet when it comes to global recognition (and the number of ardent fans), Manchester United has always enjoyed the most attention.

With recent investments in both Manchester City and Chelsea, things have looked for these clubs as well. 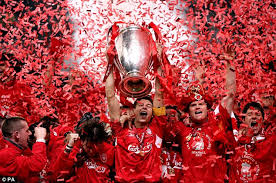 But there’s no doubt that Liverpool, despite being on the downturn, over the past years, is arguably the greatest English football club ever.

You can’t fight with facts. Not only do they have 18 Premier League Championships under their belt but they have won more European Cups than any other English club.

This is all thanks to the dynamic duo of Bob Paisley and Bill Shankly who clearly took the club to new heights during the 70s and 80s.

It’s clearly due to passionate support from Kopites throughout the world. Yet that passion was also the reason for their steady decline since the Heysel Stadium disaster where 39 Juventus fans died as a result of ‘football hooliganism’. If that wasn’t enough, more fans were to perish during the Hillsborough Disaster.

Quite eventful has been the club’s fortunes since then as they began to slowly fade away from European competition.

And even though Manchester United was the first English club to win the European Cup (Champions League, in this day and age), Liverpool have managed to win four of them over the last few decades.

Still, their 2004-05 Champions League win has got to be one of the most memorable victories in their lifetime.

What remains to be seen if they can replicate it in the English Premier League – a title that they have never won since its inception in 1992.