It’s an oft asked question as to which European Club football league is the best in the continent. For the most part, a number of people usually consider the English Premier League to be the best.

Yet there’s more than meets the eye, quite honestly.

Just being the most popular league in the world has nothing to do with the quality of football played in the league.

Consider the Bundesliga that grows their own talent but who continue to play excellent football minus the theatrics that we see in the English Premier League. Diego Costa’s antics recently exemplified this. 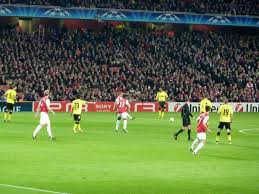 Then there’s Serie A and Ligue 1 which, no doubt, follows the same principle but is far more low-key than the English Premier League when it comes to the use of homegrown players.

So, it should come as no surprise that English clubs aren’t able to dominate the Champions League as a result.

But enough of that. La Liga, clearly takes first place as the top league in Europe while the Bundesliga takes second place even if it continues to be won with ease by Bayern Munich. After this, the popular English Premier League and then Serie A.

While this is debatable, watching a few German and English derbies should tell you as to why they’re placed that way.

Yet why La Liga is on top is not only for its stars but for the pure competitiveness of the league until the final Matchday of the season.